In 2004 the Audi A8 W12 became the first production car to use LED headlight technology, for the integrated daytime running lamps.[80][81][82]

In 2006 the first series-production low beam, front position light and sidemarker function LED headlamps were factory-installed on the Lexus LS 600h / LS 600h L presented in 2007 for 2008 models. The high beam and turn signal functions use filament bulbs. The headlamp is supplied by Koito.

In 2007 the first Full-LED headlamps, supplied by AL-Automotive Lighting, were introduced on the V10 Audi R8 sports car (except in North America).[83]

In 2009 Hella headlamps on the 2009 Cadillac Escalade Platinum became the first US market all-LED headlamps.

In 2010 the first all-LED headlamps with Adaptive highbeam and Intelligent Light System were introduced on the 2011 Mercedes-Benz CLS-Class: LED High Performance headlamps.

In 2013 the first digitally controlled, full-LED glare-free adaptive highbeam is introduced by Audi on the facelifted Audi A8, with 25 individual LED segments (Matrix LED).[85] The system dims light that would shine directly onto oncoming and preceding vehicles, but continues to cast its full light on the zones between and beside them. This works because the LED high beams are split into numerous individual light-emitting diodes. High-beam LEDs in both headlights are arranged in a matrix and adapt fully electronically to the surroundings in milliseconds. They are activated and deactivated or dimmed individually by a control unit. In addition, the headlights also function as a cornering light. Using predictive route data supplied by the MMI navigation plus, the focus of the beam is shifted towards the bend even before the driver turns the steering wheel. In 2014: Mercedes-Benz introduced a similar technology on the facelifted CLS-Class in 2014, called MULTIBEAM LED, with 24 individual segments.[86]

Designs as of MY2010, such as those available as optional equipment on the 2010 Toyota Prius, give performance between halogen and HID headlamps,[87] with system power consumption slightly lower than other headlamps, longer lifespans and more flexible design possibilities.[88][89] As LED technology continues to evolve, the performance of LED headlamps is predicted to improve to approach, meet, and perhaps one day surpass that of HID headlamps.[90]

The limiting factors with LED headlamps presently include high system expense, regulatory delays and uncertainty, and logistical issues created by LED operating characteristics. The junction temperature of LEDs affects the performance and reliability of high-power LEDs, and designers of high-power systems use thermal management techniques like heat sinks.[91]

HID lamps emit infrared energy that can defrost snow and ice from the front lens of a headlamp, while LEDs do not, and need to cycle heat from the heat-sink to the front of the panel to de-ice and de-fog the lens.[92]

LEDs are increasingly being adopted for signal functions such as parking lamps, brake lamps and turn signals as well as daytime running lamps, as in those applications they offer significant advantages over filament bulbs with fewer engineering challenges than headlamps pose.

Organic is a term often used to describe natural foods that are considered healthier for human and animal consumption. Not exactly the word you would think of to describe a form of lighting. However, organic LEDs (OLEDs) are a fairly new type of light source that is beginning to gather quite the shine in the lighting industry. Growing in popularity as a more flexible source of light, how do OLEDs compare to LEDs, and is one form of light more superior than the other?

Similar to light-emitting diodes, or LEDs, organic LEDs create light with the use of two electrodes and a semi-conductor. The major difference comes from the use of organic materials in OLEDs. In traditional LEDs blue LEDs are coated with yellow phosphor to create light; however, OLEDs utilize thin layers of organic compounds to emit light through electric currents.

OLEDs are comprised of mainly organic materials, making them an environmentally friendly light source that can easily be recycled. Because of their flat surface lighting construction, OLEDs are used for digital displays, or for illumination mounted to glass, plastic and metal. Their thin, flat flexible design is visually appealing, making the lights great for accent lighting in homes or offices. Organic LEDs are considered a more “human-friendly” light source in part because they are free of ultra violet rays, unlike LEDs that still produce a very limited amount of UV radiation.

Perhaps one of the biggest reasons the desire for OLED lighting panels has increased is their flexibility. OLED panels are paper thin and pliable, giving them the unique capability to transform into almost any shape. For instance, OLEDs could be placed across an entire wall or used for whimsical lighting displays. OLEDs can also be any color; soft white light transmitted from OLEDs is comparable to sunlight, giving them a CRI of 90 or greater, a significant difference since most LED lights do not exceed 90 CRI.  Another major difference in OLEDs is that they generate very little heat, less than LEDs, making the need for heat sinks and diffusers obsolete. 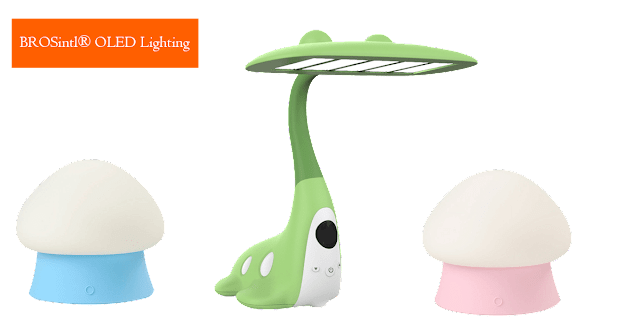 Posted by Unknown at 5:44 PM No comments:

All shipments sent from or received into India need KYC documents (Government recognized Identity and Address proof) to be presented to Customs during shipment clearance (reference: Customs Circular No. 9/2010).
Absence of these documents will mean clearance delay as shipments will go into Customs Bond until KYC documents are provided by the shipper or consignee based in India.
Consignees receiving shipments in India can upload the documents to related couriers.

Please provide any ONE of the following document as Id and Address Proof. The address proof should match with the delivery address mentioned on your shipment

Please provide any ONE of the following document as Id and Address Proof. The address proof should match with the delivery address mentioned on your shipment

Address Proof - Please provide any ONE of the following address proof document. The address on this document should match with the delivery address.

2.Shipment is for personal use but the receiver name is of my organization where I am employed.
Please upload a letter issued by your organization on their letter head stating that the shipment is for your personal use and can be delivered at the company address. The delivery address should be mentioned on the letter and should be signed by authorized signatory along with company seal / stamp.

4.Consignee name on the shipment is post marriage but KYC documents are inbefore marriage name.
Please upload one Id and address proof document along with marriage certificate or affidavit which states that the name on shipment and name as per KYC documents is of the same individual. The affidavit should be notarized.

origin link: https://www.brosled.com/led-light/india-customs-know-your-customer-kyc-documents-upload-process_i0095.html
Posted by Unknown at 5:15 PM No comments:

What's Warning Canceller (Capacitor) And Why Some Cars Need It?

What's Warning Canceller (Capacitor) And Why Some Cars Need It?

This is also referred to as HID Anti flicker capacitor. It is commonly found in high profile automobiles such as Mercedes, Audi, and BMW among others. It’s a very significant component in American and European cars installed with High Intensity discharge lights. They can however function well for vehicles with low voltage provided that their compatibility is favorable. Experts warn that it is imperious to confirm your vehicles compatibility from the manufacturer before considering installing a warning canceller. To avert damages it is recommended that you consult an experienced professional for help.

Why do some cars need it?

1. Solving Flickering Issue
Capacitors are used to sort out flickering issues that are very common with LED kits. Light flickering issues arise as a result of LED bulb replacement. On many occasions the cars computer rejects the changed bulb especially when it happens to be a replica and not the original. Subsequently the computer repetitively keeps sending a special pulse to the lights as a way of trying to resolve the lighting failure. A continuous pulse results in what appears like flashing or flickering of lights. It can be so dangerous driving with flickering lights as it can lead to horrendous accidents on the road especially during the night. To resolve the flickering or the abnormal light flashing such cars require anti-flicker devices to be installed with expertise.

In many modern cars drivers have the unique privilege of knowing whether all their LED headlights are fully functional or not. This is as a result of the availability of a light indicator on the dashboard which sounds the warning when one fails or the bulb burns out. Sometimes the bulbs are not burnt despite the bulb out indicator. Computer errors can result in superfluous expenses .In such a case a warning canceller is highly recommended to resolve the issue. It works perfectly well in expunging the warning light and relieves the usual stress that comes with malfunctioned car parts. A good quality capacitor will solve all bulb failure issues encountered as a result of wrong warning signals from your car’s computer system.

A warning canceller or capacitor is highly recommended for convenience purpose. It works perfectly well with cars whose year of manufacture ranges between 2006 upwards. They are also incredible for vehicles with daylight running lights.
Posted by Unknown at 6:33 PM No comments:

the Meaning of Color Temperature for Automotive Lights

the Meaning of Color Temperature for Automotive Lights

Color temperature refers to the condition of the output of light in automotive.It can either be described in terms of coolness or warmth.It is measured in Kelvins. The modern LED lights are designed to accommodate an output ranging between a 100 to 10000K. On the other side HID lights range from 6000 to 10000 Kelvins. This does not necessarily mean that brighter light outputs equates to higher color temperatures. On the contrary the higher the color the more distraction it becomes. It’s all dependent on respective technology used. Light developers are very creative with limiting color temperatures to conform to normal human eye needs. LEDs color temperatures can be set accordingly to add exclusive value to consumers unlike is the case with halogen and xenon lights.

The light produces amber color and mostly this kind of warm color is used for turning signal light.

This range of color temperature is very common with many users. Headlights within 6000 to 6300K appear whiter than those that exceed the level. They are more usable and convenient for road users since they do not have yellowish or extreme blue that can detract other drivers on the road.

At this temperature the yellowish color will diminish to produce an excellent or crystal whitish color. It’s recommendable especially for experienced drivers since it falls within the right light brackets.

At 7000K a blue tint starts appearing in place of the white light. It may appear very bluish depending on the quality of the bulbs. You can still manage to see things well at this temperature.
Posted by Unknown at 6:01 PM 1 comment:

Light up your future!